It all started in 1979. These were the years of the birth of mass sports and recreational events. The older generations still remember ski cross country and cycling marathons, out of which only Franja and Vršič are still active. 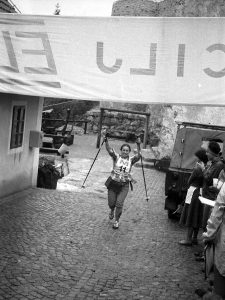 Šmarna gora’s trails served as a training ground for daily fitness. There were various stories circulating among us in the style: “Do you know Janez? He said, he climbed the mountain in 10 minutes or so. Yes, he is a tough guy…”

In such circumstances, the road to the race to Šmarna gora was not long. The idea matured in the autumn of 79. We will not follow the usual route, it was quickly concluded, and a little-visited circular route around Šmarna gora was offered.

We didn’t complicate things around the organization – that there was only hot tea on top, a souvenir for everyone and medals for the fastest. For the first dozen years, Running was a pleasant local event.

Just before independence in 91, the first Šmarna gora Record was organized with a more extensive organizational scheme. Excellent organization was the reason for the national championship in mountain running in 92.

The race was followed by events that led to the change of leadership of the Mountain Running Association at the Athletic Association of Slovenia in the autumn of 1992. The new management prepared an organizational scheme for the development of mountain running in Slovenia, with the Šmarna gora race playing an important role. 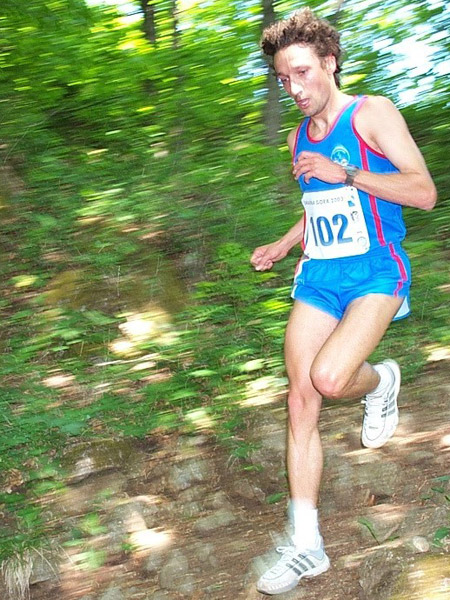 The annual ranking of the Run in the Slovenian Cup gives the Run a special position during domestic events; that a good voice reaches the ninth village is confirmed by a strong international participation, which is stronger year by year.

With its inclusion in the International Mountain Running Federation’s competition calendar in the late 1990s, the Run gained a solid foothold in international recognition, culminating in its quarter-century anniversary in 2004 with the WMRA Grand Prix final and the prestigious IAAF permit. All subsequent years Running remains part of the iron repertoire of the International Mountain Running Federation. In 2012, it was agreed that the final of the Grand Prix would be the Turkish Bursa, which had previously hosted the European Championships and the World Cup, but was canceled just before the performance. By accepting the old role, Šmarna gora has just saved the reputation of the Grand Prix. Two years later, in 2014, the international federation brought the title of the cycle closer to other sports and changed the “WMRA Grand Prix” into the “Mountain Running Word Cup”, the “World Cup” in our opinion. In 2013, the organizers faced the personal hardship of one of the best runners of recent times, Eritrean Azeira Teklaya, and helped him save his family with a charity campaign during the days of the event.

In 2019, the Run was marked by the 40th anniversary – there are not many sports events with such a tradition in Slovenia! After this year, the organizers consciously decided that the space in both the Slovenian and the World Cup, after more than 20 years of hosting both finals, will be given to fresh organizers.

In the spring of the following year, the Šmarna gora race was recognized by the world mountain running scene in an open survey as “the Greatest MR race of all time”. Probably the global covid euphoria contributed to this, but the fact is that it will go down in history.

In 2020, our run was one of the few events of its kind in Slovenia, which was held despite all sorts of restrictions and as a two-day event. Namely, we combined the record and the Run into the Šmarna gora cross-country weekend.

In 2021, the new covid restrictions made it very difficult for us to hold events in the form we were used to. So we decided to hold the event, but in a much changed form. We missed all the events related to the top of Šmarna gora, and moved the destination to the starting point, on Rocen.